Robert's Rules, General Conference, and How to Start a Movement

One afternoon during my denomination’s recent General Conference, legislative action was getting bogged down. Points of order, substitute motions, speeches for and against, questions called, more points of order, and then votes in which weary delegates weren’t entirely sure what they were voting on or why. After a query about Robert’s Rules of Order, somebody behind me harrumphed, “Who is this Robert guy anyway? Is he in the Bible?”


At about this time, to slake the boredom, I sneaked a peek at my email box, stealthily, of course. A friend had sent me a YouTube link with the comment, “Check this out.” As I was wearing a headset so I could listen in on the translations of speeches being made at the conference, it was easy to watch and listen to the YouTube – stealthily again. It was a TED talk featuring Derek Sivers talking about “How to Start a Movement.” 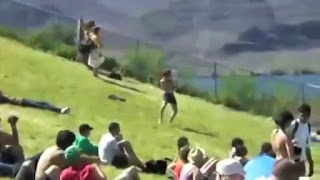 Sivers showed a video of a bunch of people lounging on a hillside, when one guy stood up and started dancing, flailing about kookily. Gradually people began to look up and notice. Some ignored him, others were maybe a little amused by his lunacy. But after a bit, another guy decided, what the heck, I’ll join him. Similar silly dance moves, just having fun.  The two went on for maybe a minute – and then a third guy ambled over and joined them. Within seconds, there were two more, then five more, then everybody on that hillside swarmed together, dancing, laughing, having a ball. 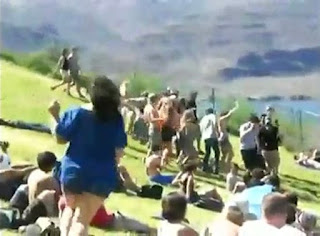 Sivers’s point is that this is how movements begin. The first dancer had to have some guts, a willingness to look ridiculous, not caring if anybody actually followed or not. The second guy is hugely important, for if he never joined in, the leader would get weary and sit down. The real key is the next guy, since “three’s a crowd.” With him there’s momentum. A tipping point is achieved. After three, there’s no reason not to join in.
Musing over this, as the motions and points of order continued, I had three thoughts. (1) The movements in history I’ve admired were just like this. Clarence Jordan had a vision of community and started Koinonia Farm.  Millard Fuller came, and Koinonia sparked the idea of Habitat.  Jimmy Carter, from nearby Plains, Ga. joined - and Habitat is all over the world now.  Vernon Johns preached at Dexter Avenue Baptist in Montgomery about civil rights, and was ridiculed by his own people. Then Martin Luther King, Jr., spoke up. Then Rosa Parks didn’t stand up. Ralph Abernathy, Mother Pollard, John Lewis, and a host of people made it a movement. In the Middle Ages, John Wyclif spoke up and met harsh resistance. But then Martin Luther nailed his theses, and before you knew it, Melanchthon, Calvin, Zwingli, and thousands created the Protestant Reformation.


(2) This is no brilliant insight – but the United Methodist Church, over whose barely alive body we were presiding at that very moment, is in desperate need of a movement. (And I'd add that I think it's unlikely this kind of movement is entirely in either of the directions that are currently pulling us apart.) And not just a movement to resolve sexuality issues. We need a movement, movements actually, which bring life and holiness to our churches and the world.

Then, (3) we were trying to do triage on this church using the rules least likely to allow a movement to happen - or we were seeking renewal and revival utilizing something so cumbersome it could only squash anything fresh. Robert’s Rules of Order actually were designed to keep order (as in the name!) and prevent outbreaks of anything at all. Who was Robert? He was a preacher’s kid who became an engineer: Henry Martyn Robert. At his Baptist church in Massachusetts, they had just suffered an awful meeting in which conflict erupted over abolition. He set his mind to learn all he could about rules for meetings, and published his in 1876.

Robert’s Rules most often do prevent conflict breaking out. Although, perhaps in the way guerilla warfare breaks out when minorities won’t back down to the massed armed forces of nations, minorities eventually chafe under the brunt of losing vote after vote and eruptions happen anyhow. But healthy movements that embody the Kingdom never happen.


I'm not thinking of trivial tweaks to our process, like the much ballyhooed Rule 44.  I am thinking of serious, non-conference transformation. Rewind the date to the 1940's.  There's a motion to have an interracial farm in rural Georgia. Speeches for? Speeches against? Let’s vote. The nays would win easily.  Jesus himself could have convened all the religious leaders of his day and put forward a motion that the Kingdom of God might dawn. By Robert’s Rules, the vote most assuredly would have been No, let’s not have a dawning of the Kingdom of God. Let's go back to fishing.


At General Conference, we do a lot of praying for God’s Spirit to move. But if history tells us anything, it’s that the movement of the Holy Spirit is like the movement of the dancers on that hillside. Just one prophet speaks with great courage, which is met with scoffing and thumbs down votes. But someone else hears the truth and stands up, then a third, and finally others. Robert’s Rules will foil that first guy every time: Shall we dance? The nays win. 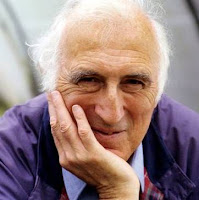 Open conflict isn’t the worst of all evils anyhow. Jean Vanier’s lovely book, Community and Growth, contains a wise chapter on church meetings. He says we should be glad when there is an explosion, for that means church is a safe place, and we welcome buried, unheard feelings. The conflict helps us grow; the Spirit uses the tension to lead us. He reminds us there is a “little tyrant” in each of us, who insists on his own way. In the Body of Christ, it is the small, the extreme minority, the weakest member who matters the most (1 Corinthians 12:22).

I wonder if, some day, we might dispense with Robert’s Rules, which must be the worst possible way to try to carry on a holy conversation. When the faithful disagree, the advantage goes – always – to the one who is the master of the rules, to the one who is swift to the microphone, not to the lone voice that might have the fresh wisdom we need. Robert’s rules feed unholiness, like maneuvering, influencing voters, and worst of all, the notion of “sides.” Which “side” are you on? We vote then to see which side “wins,” and it’s winner-take-all. The vote might be 51%-49%, but the “official” outcome is just one unhedged thing. Winner takes all – and then we have losers. A political democracy works this way. But we are the Body of Christ, where we don’t have sides, and we don’t have winners and losers, but members. Priority goes to the weakest, the most anguished, the one who can’t marshal many votes, even to the one we’ve never heard from due to the shouting of sides at one another.

Quakers don’t vote. They “discern,” quietly listening for the movement of the Spirit, which always comes from surprising corners. We need a movement, and we’ll never have one until we usher poor Robert out of the building. There must be a better, holier way to conduct church business in a big room, for the faithful to discern and respond to the movement God is inviting us into.