I’m one who has urged us United Methodists to be generous listeners, and full of love and respect even when we disagree strongly on homosexuality or other issues. I’m one who is mortified when politicians are ugly toward one another, with vicious attacks and mean-spirited name-calling. 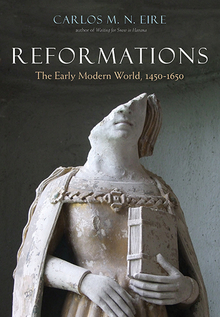 So how jarring was it for me when I recently read Carlos Eire’s wonderful book, Reformations, which narrates those seemingly heroic and theologically profound moments in the Protestant and Catholic Reformations of the 16th century. We lionize Martin Luther for his 95 theses – but they are a ferocious assault on fellow churchmen, accusing them of greed, avarice, blasphemy and madness, threatening them with eternal damnation. His restraint in 1517 was remarkable, as over the next few years he published vitriolic critiques of other theologians, including fellow Protestants, calling them stinking mushrooms, dumb dogs, idiots, toad-eaters, blockheads, the devil’s donkeys, and worse. The pope returned the favor and dubbed Luther a wild boar. Thomas Müntzer, himself a Reformer, couldn’t bear to utter Luther’s name, so spoke of him as Dr. Liar, Malicious black raven, Father pussyfoot, and Rabid Fox. John Calvin parted ways with both of them and the Catholics, slandering those who disagreed with him as vermin, slime, scum, swine and fiends. 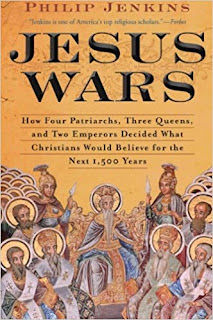 Nothing new in this savage barrage of words. I also recently read Philip Jenkins’s Jesus Wars and Ramsay MacMullen’s Voting About God in Early Church Councils, which remind us that the early Christian councils (Nicaea, Chalcedon, Ephesus) featured outbreaks of violence. Delegates were beaten up en route.. Papers were seized and burned. During breaks in the deliberations, thugs broke the knees of wrong-thinking voters. Heretics’ tongues were cut out, floggings and stabbings were inflicted in Christ’s name. All this in an urgent desire to say true things about the Trinity, Christ’s nature, Mary’s role, and sin and grace.

By contrast, we United Methodists look a bit pale, mamby-pamby, timid and mild-mannered softies. All we do is sigh and bristle a little. But there’s a bigger contrast. During the Reformation, as during the decades of the great Church councils, the finest theologians held disputations and colloquys where they laid out their cases, submitting their arguments to the public for judgment. Transcripts of these debates are weighty and impressive on all sides. No vague or flabby stances, never just a few Bible verses, and never a mere echo of the cultural biases of the culture. Instead, theologians analyzed the original sources, in Hebrew and in Greek, in considerable depth, citing the Church’s most esteemed authorities through history (Origen, Jerome, Augustine, Aquinas) and even the wisest philosophers ever (Plato, Aristotle, Plotinus).

How bland, how thin, how feeble we United Methodists have been in our conversations that we concede should divide God’s church. We never talk to each other much at all, and certainly don’t devise profound, complex cases, much less subject them to critique, judgment and even correction. I've not seen a single public debate where knowledgeable people dig in and debate, subjecting themselves to scrutiny and judgment. We pretty much preach to our own choirs. I never hear any finesse, any profundity, any Greek or Hebrew, or any ecclesiastical or philosophical authorities. What might Luther, Teresa of Avila or Dietrich Bonhoeffer have to expand our horizons? How might engagement with Martin Heidegger, Jacques Derrida or Richard Rorty inform how we answer the world's questions?

I wonder what the Reformers or the Early Church theologians might call us? Rev. Lazy Bones? Dr. Superficial? Mr. Shallow Arguments? Ms. Play Nice? Eeyore pouting in the corner? Vapid deserters of Jesus’ church? Maybe slug? Or sloth? Should we take the gloves off – if not to hurl angry epithets at one another, then to engage in some serious arguments?