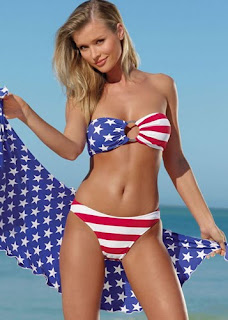 My mood sours every July 4 - because the day set aside to recall the founding of our country is absurdly debased, and also because Jesus gets pinned on to the ugliest versions of patriotism. I just feel ill.


When our extended family is together on July 4, I attempt my annual reading aloud of the Declaration of Independence (something American families did for decades) - and even though my f

amily is on the high end of an appreciation of history and tradition, this elicits impatient groans... It appears to me that July 4 is pretty much a day 1. to be off work, 2. to drink much beer (sales set records on this day!), and 3. wave flags and expostulate upon vapid caricatures of what America was actually created for.


The flag? The U.S. flag code stipulates that the flag is not to be worn, should not be draped over a car or truck, or used on any disposable items. Bikinis and beer mugs just don't seem very respectful to me...


Freedom of religion was a cardinal principle for the Founding Fathers - and no matter how much we try to rewrite history, the simple facts are that some of them were quite pious, and others took snide views of Christianity, Church and the clergy. But how loony is freedom of religion when it is trivialized into I will worship God any way I want to! - but how would God wish to be worshipped? Or freedom of religion becomes I'll just stay home and go swimming or sleep in or drive to the beach on a Sunday: just check the Church attendance registers for the Sunday closest to July 4 each year... Pathetic attendance, and many of the no-shows are the very people who trumpet the piety of the Founding Fathers and wistfully yearn for the day when America was "one nation under God," when Christianity reigned.


And the co-opting of Jesus onto Americana: the curiously popular painting of Jo

hn McNaughton, depicting Jesus in the thick of American heroes (including some whose faith would be quite questionable...) illustrates the way we would cram Jesus into a little U.S.A. flag box and make him our own, when the real Jesus came for everybody, everywhere, and his mission didn't seem to be the spread of capitalism or the security of America or the heightening of a single country's prestige, but to lift up the downtrodden, to be a light to the nations (including America!); Jesus is more appalled than I am at the mean-spirited, divisive, absurdly angry emails that fly around, those that spew venom and feed on fear and our darkest side. I don't think the New Testament has Jesus declare "I came that you might get mad, that America might be great, and so that people who aren't doing so well might just try harder and get over it or go away."


When did the beautiful nation the Founding Fathers, who were highly educated, philosophically wise, and respectful people, conceived become a battleground of ideologies, ignorance in constant combat with ignorance, where the loudest, shrillest rancor wins the day? When did patriotism get whittled down to nothing more than anger, heady feelings about wars and weapons, and an edgy bias against people who are different? When did apathy become our true mood? and because we don't study, and care only about me and mine, little tasty sound-bytes suit and become the substitute for real political, social, and religious exploration and conversation? 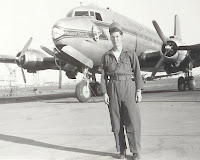 ccused of being insufficiently patriotic by quite a few Christians - and this rankles me. I was born on an Air Force base, and my father flew in World War II.  Family vacations - when I was a child, and as I've raised my own children - have been to Washington, Boston, Valley Forge... and I am a voracious reader of American history. Not long after we returned from a trip that included a walk of the Freedom Trail in Boston, I heard a conservative defend President Bush, saying, "Never question the President, and if you do you aren't a patriot." Curious - for in Boston, colonists rose up against those who said you could never question authority. And not surprisingly, the conservatives who said "never question the President" are questioning the President constantly now that it's a Democrat in the White House. And they should! but they should also notice their own hypocrisy - and we all should recognize and appreciate the goodness of diverse viewpoints within a country where you can disagree without having to shoot one another.


Jesus - not the one swiped by liberals and conservatives in America, but the one who lived in Palestine among the poorest and mortified the powers that were - suggested we love our enemies, and touch the untouchables, and exhibit immense mercy, and live holy lives, not a cocky, prideful, prejudicial existence that feels superior only by criticizing somebody, anybody, blaming somebody, the President, anybody, waving flags while never bothering to get engaged in the real work of citizenship and community-building...


But I am rambling now. July 4 should be a lovely day of memory, history, recalling exalted ideals, and finding happy coincidences between what America was designed to be and what the Church might dream of achieving. July 4 might even be a day to show up at Church and worship God... what a radical notion!
Posted by James C. Howell at 8:47 AM