Somehow, through the seemingly prehistoric technology of "slides" (later scanned into digital), I have a photo of me, five years old, on Christmas morning 1960, with my prized Lione 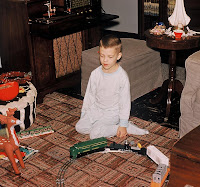 l train. Like many children, I loved that train, added a few cars and signal crossings for a few years, then forgot about it. But that train made a stunning reappearance, one that brought a healing Santa never had in mind when it was first delivered.

Eleven years ago I was pecking at my computer keyboard, in the throes of trying to devise a sermon for the Sunday prior to Christmas. My week was slipping by, nothing was happening amid the sprawl of books and much grimacing. My five-year old son, Noah, kept playing in 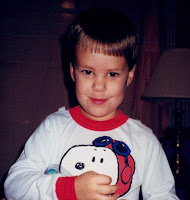 the room, showing me toys, grabbing at my arm, making bizarre noises.
Finally (and it is embarrassing to tell you what happened next) in exasperation I said, “Son, you just have to get out of here; dad has so much work to do.” Noah responded very calmly, but with words that worked some violence in my soul: “Okay, daddy, I’ll leave. I don’t mean to annoy you.” As I turned to see him walking out, I saw myself walking away from that same spot, but 39 years earlier.
I shut off the computer and my foolish busy-ness, went into the attic, and pulled out two grey “Red Ball” moving boxes. Inside were wads of newspaper – the Philadelphia Inquirer, dated October 14, 1

964. A huge photo of Nikita Kruschev, a box score with Johnny Unitas’s stats, an ad for a Rambler. Nestled in the crumbling paper were chunks of metal track, then a caboose, an engine, a cattlecar – the Lionel train set that had rested untouched in various storage rooms and attics for some sad number of years.
Midway through connecting some of the track, Noah ambled into the room. His eyes flew wide open: “Daddy, what is this?” “This was my train, when I was a little boy, like you – and now it’s our train, together.” He was duly impressed, and after a few minutes, he exclaimed, “This is the coolest toy ever. I bet this train cost a hundred dollars!” I was tempted for 1.3 seconds to calculate the value of those Lionel cars at auction – but instead I told the truth: “Oh no, son. It didn’t cost a hundred dollars. It was free.”
Like my son walking away, we “mourn in lonely exile here until the Son of God appears.” Thank God that God is never busy, never 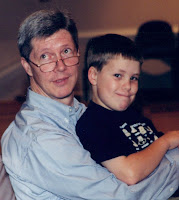 annoyed. And what he gives us costs light years more than a hundred dollars. What he gives us costs so much that it really is free. God gives us no “thing.” God gives himself, on the floor with children of all ages, those who are nice and those who are naughty and those who are a messy but beautiful mix of both. God pokes us with a little finger, with a cry. And the wonder of it was described once by Barbara Brown Taylor:
“His name is Emmanuel – the God who is with us – who is made out of the same stuff we are and who is made out of the same stuff God is and who will not let either of us go.”
Posted by James C. Howell at 5:37 AM