When denominational authorities toss out the word “metrics,” I get very nervous, and I detect a morale crusher for clergy serving faithfully in daunting parishes. But I do find myself caring about numbers. The fact that we count bugs a few folks, but I like to say I would far rather than 1,483 instead of 1,482 in worship, because it’s the one, who counts. 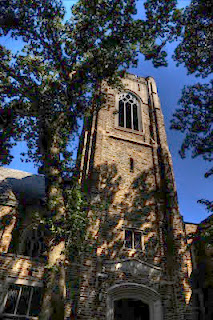 Here is the most disturbing numerical trend I’ve noticed over the past decade. But first, a couple of good numbers to establish context. I believe a reasonable measure of a congregation’s health is attendance at high holy, non-Sunday worship moments. A major goal of mine in the four parishes I’ve served has been heightening the importance of Ash Wednesday, Maundy Thursday, and Good Friday. In the parish where I serve, attendance at these has quadruped over the past decade. I hate braggadocio attached to such numbers – but as these are sorrowful, penitential days, there’s no real triumphalism in this claim. People have gotten more interested in the Theology of the Cross, and I’d count that as a positive metric.
During this same decade, our membership is higher, and attendance at Easter (when even Donald Trump attends Church wherever he is) has climbed upward more than 50%. So here’s the distressing, deeply troubling numbers. The so-called “low Sundays” (the Sunday after Easter, the Sunday after Christmas, the Sunday after school lets out) have seen, during this decade of growth, astonishing shrinkage. Our Sunday after Christmas attendance has shriveled, gradually, by about 60% over the past 10 years. July and early August numbers are drifting downwards, and noticeably.

What about Mother’s Day? When I first entered the ministry 30 years ago, Mother’s Day rivaled Easter: packed houses, immense enthusiasm. But here we crossed an intriguing threshold six years ago: Mother’s Day, for the past 6 years, has had fewer in attendance than either the first or third Sundays in May.

I wonder if other clergy can corroborate such utterly unscientific but accurate enough metrics. What does it mean when the genuinely optional Sundays (as opposed to Easter, which is mandatory even for pagans) create a yawn, or a fishing or golf junket? What does it mean when Mother’s Day, when Church once was simply part and parcel of honoring Mother, becomes a seizable opportunity to relax by the pool or head to the coast? What if summer, for increasing numbers of our folks, becomes a vacation from worship? Even an uptick on Ash Wednesday or Good Friday: this self-evident measure of spiritual progress might be an illusion – as those coming might be seeking a kind of temporary fix, getting into the “experience” of Holy Week, which is a far cry from actually making constant worship as basic to life as breathing.

I know wiser people than I counter, saying people may not attend so much, but it doesn’t mean they don’t care. I know people are downloading sermons on their iPods. But if a growing Church, which can corral big crowds some of the time, witnesses a lackluster commitment over the long haul, what does this mean for the ongoing life of the Church? I have no good answers for these questions, but quite a few gloomy ones.
Posted by James C. Howell at 7:01 AM