Change or Die, by Alan Deutschman 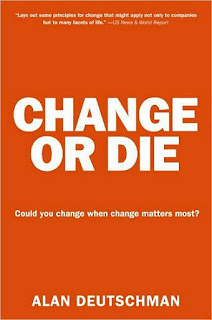 Alan Deutschman opens Change or Die by citing baffling statistics that expose the brutal truth about something in our nature. Knowing change is required, we just don’t change – and sometimes we quite literally die because of it. “A relatively small percentage of the population consumes the vast majority of the health care budget for diseases that are very well known and by and large behavioral. That is, they’re sick because of how they choose to lead their lives. Around 80% of the health care budget is consumed by just five primarily behavioral issues: too much smoking, drinking, and eating, too much stress, and not enough exercise.”
Now healthy folks who exercise, don’t smoke, eat carefully and drink moderately might feel smug – but Deutschman points to health issues in order to expose something more fundamental in human nature. We all indulge in something that is self-destructive – but the point of his book is How can change happen? Mistaken notions dominate American thinking about change. Deutschman speaks of the 3 F’s: facts, fear, and force. We think If we just let people know the facts, they will change – but this is not true. We think fear motivates change, but scaring people with regard to their addictions or their deeply rooted habits only casts a cloud of trembling gloom without producing change. We think force will make change happen – but try forcing an alcoholic not to drink, or a teenager to behave, or … well, fill in the blanks. 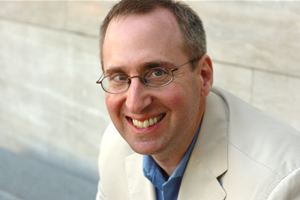 Relate: “You form a new, emotional relationship with a person or community that inspires and sustains hope. If you face a situation that a reasonable person would consider ‘hopeless,’ you need the influence of seemingly ‘unreasonable’ people to restore your hope – to make you believe that you can change and expect that you will chance. This is an act of persuasion – really, it’s ‘selling.’” This is why the inspirational hero, the caring mentor, and even a new community of positive folks around you will actually cause change to happen, change that can never happen without a dreamer who can believe in your future, without healthy relationships that foster growth.

Repeat: “The new relationship helps you learn, practice, and master the new habits and skills that you’ll need. It takes a lot of repetition over time before new patterns of behavior become automatic and seem natural… Change doesn’t involve just ‘selling’; it requires ‘training.’” Change takes practice, patience, something like Malcolm Gladwell’s 10,000 hours, acting as if you have changed perhaps before you’ve actually come to embrace change on the inside.

Reframe: “The new relationship helps you learn new ways of thinking about your situation and your life. Ultimately, you look at the world in a way that would have been so foreign to you that it wouldn’t have made any sense before you changed. These are the three keys to change: relate, repeat, and reframe. New hope, new skills, and new thinking.”

Deutschman points to an interesting study that compared various therapeutical approaches in counseling – and as it turns out, they all work about the same! “The common denominator, it turned out, was that going to therapy inspired a new sense of hope for the patients… The key factor was the chemistry of the emotionally charged relationship formed by the patient and the therapist or the group, not the specific theories or techniques that differentiated the particular school of therapy.” 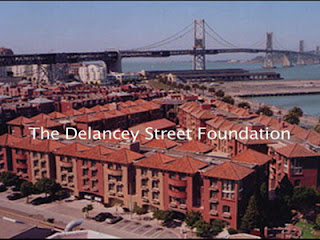 The Delancey Street Foundation in San Francisco has an unbeatable track record when it comes to the reform of criminal and drug addicts. The secrets seem to be that inmates are given broad responsibility for the program; they are asked to lead – and from the beginning they are required to behave and dress as if they are professional people. As they begin to act in noble ways, the inner psyche catches up to the outward habits being practiced, and deep lasting change dawns.

Studying turnarounds in corporate America, Deutschman demonstrates that the 3 R’s work not just at the personal level. New thinking, new leadership, and new habits can revolutionize even disastrously dysfunctional businesses. Sometimes even past success can be a barrier to the new changes required for a new day; so change is the one constant! “When you’re locked into the mindset that helped you succeed, then it’s difficult even to think about the profound changes you’ll have to respond to. But if you practice change, if you keep up your ability to change, if you use it rather than lose it, then you’ll be ready to change whenever you have to.”

There are powerful barriers, always, to change. Denial: “When we find ourselves in seemingly intolerable situations and feel overwhelmed by tension, anxiety, and a sense of powerlessness, or when the harsh realities of our lives threaten to crush our self-esteem, our minds unconsciously activate a number of powerful, built-in, automatic psychological strategies to help us cope. We shield ourselves from the threatening and humiliating facts. We banish the bad news from our conscious awareness. And who among us hasn’t been guilty, now and then, of Projection – blaming other people for our own faults? And does a day not go by before every one of us engages in Rationalization? But while our defense mechanisms are helpful in the short run – getting us through the day or the week – they block us from solving our persistent problems.”

Figuring out how to grapple with our past, and even pronounce our past a failure, can be paradoxically a self-defeating battle. Change “demands new explanations for a past that’s now cast in a darker light. The New Self has to come to terms with the Old Self. If it turns out that you can live as a sober, responsible, peaceful, and productive member of society, then why didn’t you live that way in the first place? One of the reasons we resist change, unconsciously at least, is that it invalidates years of earlier behavior.”

To make any progress, we need to recognize how essential it is to celebrate Short-term Wins: in corporations, in recovery programs, in marriages, in politics, “when organizations of all kinds try to change the habitual ways their members think, feel, and act, they need victories that nourish faith in the change effort, emotionally reward the hard workers, keep the critics at bay, and build momentum. Without sufficient wins that are visible, timely, unambiguous, and meaningful to others, change efforts invariably run into serious problems.”

And yet sometimes radical, big change must occur, given the complexities of small changes. Sometimes radical, sweeping, comprehensive changes “are sometimes easier for people than small, incremental ones. People who make moderate changes in their diets get the worst of both worlds: They feel deprived and hungry because they aren’t eating everything they want, but they aren’t making big enough changes to see an improvement in how they feel, or in measurements such as weight, blood pressure, and cholesterol.”

Then there is the principle that we change when we help others change. Studies have shown that therapy is “astonishingly therapeutic for the therapist…" At Delancey the convicts could develop self-respect from helping one another, even though their own knowledge and skills were limited.

All this syncs well with what we believe within Christianity about change.  Jesus never mailed out a bunch of scary facts and threatened people into change - although Jesus' churches have tried such tactics.  It's about relationships, and a stunningly marvelous vision, empowerment, trust - and yes, practice, developing new habits over time as we begin to become holy, children of God, followers of Christ.
Posted by James C. Howell at 7:50 AM