What's Special About Christianity - parts 1 and 2 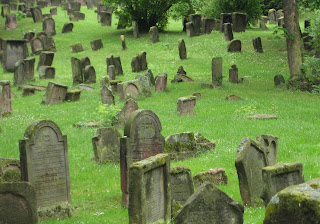 This Fall I want us to think together about what it means to be Christian in a culture where other religions not only exist, but are evident, strong, often admirable (or they make you shake your head, the way many Christian groups do…). My question? What’s Special about Christianity?

For centuries, Christians felt “superior.” Some today would insist we still are superior. But the very impulse to feel superior is a decidedly un-Christian mood. Jesus could have vaunted himself as superior to his disciples, but he bent low and washed their feet.

When Christians have felt superior, they have behaved badly. The ironies of Christian history: just a few yards in Worms from the place Martin Luther ignited the Protestant Reformation, there is a cemetery where hundreds of Jews were buried – dead because Christian Crusaders, on their way to annihilate Muslims in the Holy Land, stopped off for the night and killed some Jews for the heck of it. Barbara Kingsolver’s novel, Poisonwood Bible, is a rich exploration of how Christian notions of superiority go bad.

We aren’t superior to others – but we’re not all the same either. Hardly! Christians, Jews and Muslims (not to mention other major religions) believe very different, and frankly incompatible things about God and the point of life. We can ask What’s special about Christianity? without denigrating anybody else, and without the innocuous idea that we’re all the same.

Mister Rogers used to sing a cute little ditty: “You are my friend, you are special.” I want us to explore how to feel special, and at the same time to be friends with people of other faiths – and even Christians who seem frustratingly different. Mother Teresa once said, “I love all religions, but I am in love with my own.” Like each person you love, each religion has its wonders, and its foibles, immense goodness and yet with deep flaws.

Over the past few months, I’ve discovered that the printed prayers of others have helped me so much. I hope mine can help you.

So let’s begin – with prayer: “Lord, we find ourselves down here in a world of many religions. Sometimes it’s confusing, a little scary, maybe delightful too. Show us ways we can be friends with those who believe differently – and at the same time discover what is special about the Christian way of following Jesus.” 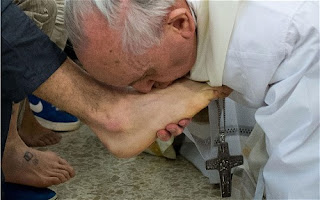 Part 2 - Blessed are the Humble

To weigh the value of other religions, to befriend those who believe differently, and even to understand what's at the heart of our own faith, much humility is in order. This shouldn't be hard for us Christians.

Consider the shrinkage of Christianity - and not just in numbers. A long generation ago, the front page of the Monday New York Times featured summaries of preachers' sermons from the day before. Churches were being built, not being shuttered like so many today. The only press coverage Christians get today is about reprehensible behavior.

We can erect artsy signs that say "All are welcome," but so many feel unwelcome - or even worse, they have no thoughts or feelings about church or God at all. Less relevant, fewer in number - we have good cause to feel humble, and to ask questions like "Why bother?" or better, "What's Special about Christianity?"

In 1948 the Communists made Christianity illegal in China, and expelled or killed all the missionaries. Thirty years later, the number of Christians, all converted underground in constant peril, had grown tenfold.

The humble can listen and learn. The humble aren't eaten up inside by a judgmental spirit. The humble can feel very special - if for no other reason than they are much like Jesus, our founder, who got annoyed only with the pious believers in his own faith who felt superior.

So let us pray: "Lord, you said 'Blessed are the humble' (Matthew 5:5) - and we would be blessed. Give us humble hearts and minds. We ponder Christianity, and confess we've been cocky, dull, irrelevant, turned inward, designed to suit me and my preferences more than your glory and your holy mission out in the world. Forgive us - but in a way that keeps us mindful of our desperate need for you, and to learn and grow. Daily, let us recall that you said 'Come to me, all who are heavy laden... Learn from me, for I am gentle and lowly in heart' (Matthew 11:28-29)."
Posted by James C. Howell at 7:22 PM