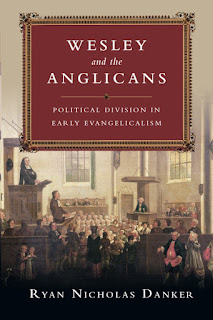 Near the end of my friend Ryan Danker’s very fine book, Wesley and the Anglicans: Political Division in Early Evangelicalism, something caught my eye.  In 1764, John Wesley wrote a letter to “forty or fifty clergymen” as his last, determined effort to bring unity to the evangelicals in England.  We don’t often attend to this:  among those who would be on fire for Jesus, and who sought desperately needed reform within the Church, there was great division, and intense rancor.
His letter challenged evangelicals of every stripe to “speak respectfully, honourably, kind of each other; defend each other’s character; speak all the good we can of each other; recommend each other where we have influence, and to help each other on in his work and enlarge his influence by all the honest means he can.”
Divided as we United Methodist are today, 252 years after Wesley penned this letter, and wondering if we can stay together, I wonder if a wise starting point might be what Wesley commended way back then.  Is it possible, not merely that we might “speak respectfully,” which feels like little more than politeness, or some basic obligation of Christian charity, but actually “defend each other’s character.”  I believe this is entirely possible, quite do-able, and utterly essential if we harbor any pretensions of being the Body of Christ, of viewing no one from a merely human point of view (2 Corinthians 5:16).

John Adams and Thomas Jefferson managed to do this!  July 4 just passed - and my favorite July 4 moment came in 1826 when Adams and Jefferson, with impeccable timing, died on the same day, the 50th anniversary of their Declaration of Independence.  Fierce political rivals, they became great friends late in life.  It all started when Adams wrote to Jefferson, "You and I ought not to die before we have explained ourselves to each other."  If Adams and Jefferson could reconcile personally, even with political differences, we in the Church ought to get started at least explaining ourselves to each other, and humbly defending one another's character.


Imagine: we differ on whatever the issue might be, although most frequently, and most inflammably, is on the issue of homosexuality – but we might ask a few questions about the character of the one with whom we disagree.  I am thinking quite specifically at the moment about a case before our bishop in Western North Carolina.  One of our pastors performed a same gender wedding ceremony on April 23 of this year. She is a longtime friend whom I know very well.  Shortly after that wedding, charges were filed by more than a dozen people, including two clergy in our own annual conference whom I know very well, both longtime friends - and they filed charges for very different reasons.


What I can assure everyone of is this:  all three of my friends, and colleagues, who find themselves as combatants in a case requiring episcopal or court resolution, are of impeccable integrity.  All three love God.  All are passionate about the Scriptures.  They have profound ministries.  They are striving to serve God.  They have significant track records of reaching the lost for Jesus.  All three are incapable of duplicity.  They are deeply trusted, by me and by many others.  All three carry on their ministries with great courage and faithfulness.  They love our United Methodist Church.  They are so very much beloved – by me.
Where we get derailed is when we disparage the character of someone we don’t know, or who diverges from the way we think, however passionately and truthfully about an issue.  He does not need to say Oh, it doesn’t matter what she did or what she thinks; and she does not need to say Oh he’s just so wrong, and what he’s doing is crazy.  But if truth is a real thing, if truth has to do with looking reality in the eye and naming it honestly, then he and she should be able to say of the other, I can defend his character; I can defend her character.  She is a marvelous servant of God; he is a zealous campaigner for God’s kingdom.  We are all, in our hearts, doing our very best for God.  I so very strongly disagree with the way that person's courageous ministry of character played out one day; but the character plainly is there. 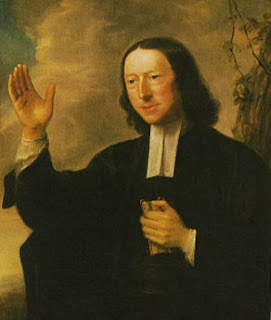 Neither is wicked, or stupid, or vile.  We demonize the ‘other,’ but our demonization of the other says more about our own uneasy selves than about the other person.  Wesley was quite clever, but really just theologically on point, when he suggested that those who are striving for the good of the kingdom who disagree “defend each other’s character.”  We can do this.  We actually have no choice but to do this, unless we are like those trumped up witnesses who ambled in and accused Jesus of perfidy.
And if we can acknowledge that there indeed is character, and holiness, and immense love for God and compassion in ministry in the other guy, then we stand a chance of listening, and understanding, and even loving, and making a rather astonishing witness to the world, where the “character” of the foe is never praised but only smashed.
If we could do this, and I can’t think of a single good reason why we can’t, we might have building block number one in place for how to move forward as God’s people.  What if we tried to move forward without putting this block in place?  Whatever we devise would be a sham, rooted in what is not true or real.  In the United Methodist Church, we have nothing at all except noble, broken, lovely, flawed, passionate, confused and committed people who gave their lives to Jesus and would do flat out anything for him.

Who knows?  We might even move on to the rest of Wesley’s counsel – to “speak all the good we can of each other; recommend each other where we have influence, and to help each other on in his work and enlarge his influence by all the honest means he can.”  That indeed would be a surprise to a cynical world – and the movement of the Holy Spirit we say we seek so eagerly.