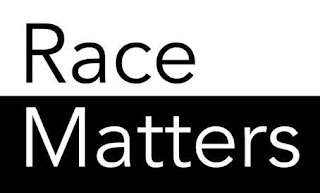 A question many Americans will argue over is whether race should be “politicized.”  In ways we may not realize, race is and always has been a profoundly political thing – and Christianity does have and always has had an illuminating, true and helpful theological viewpoint on race.  Whether it’s gerrymandering (in a liberal or a conservative direction), education or poverty policy, voting rights, or police and national security challenges, race matters.

And race matters to God – who created us humans in precisely this way, evidently delighting in the variety of people on earth, and no doubt dreaming race would provide us with a special way to learn to love one another and see God’s image in everyone.  God could have made everybody white, or brown, so we’d all favor one another; but God let creation unfold so we’d have a dizzying spectrum of people – not so we’d dislike or distrust one another, but so we would love. 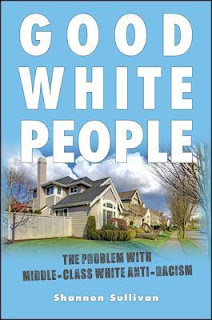 Last February, during a great public conversation I had with Dr. Shannon Sullivan on “white privilege,” something dawned on me. Christian theology helps us realize what we do not realize about ourselves (that we are beneficiaries of God’s goodness in ways we never noticed, and also that we have sins we aren’t aware of that riddle our souls) – and so does the current race conversation!  We white people don’t see the privileges we get just for being white, and despite our good intentions, nagging traces of racist attitudes lurk inside us.

For American Christians to think faithfully about any political issues related to race, we need to deal with what lurks inside us in healthier ways – both whites and non-whites!  Our stories matter, and listening to the stories of others matters even more.  White people may not be able to fathom the pain or anger in the black community.  But we can listen to real people, ask how they feel and why, and refrain from judging.  White Christians have good biblical cause to give the benefit of the doubt to the person of color, the one whose history has been far, far tougher than our own.

Still, in 2016, there are policies that are detrimental to minority communities, not to mention implicit bias and lingering habits of racial profiling and judgment.  Christians notice, and they care.  As Christians, we can’t say definitively which party or which policy will in fact create a more productive climate for everyone, not just us – but we have to care, and we have to cheer for what lifts up our neighbor – the one we don’t know yet, but hope to. 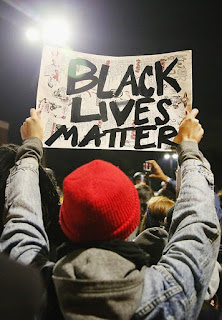 “Black lives matter” has become a controversial slogan.  The Bible most definitely would say “All lives matter,” but Scripture always has this bias, this special pleading for the stranger, the outcast, the one who’s been disadvantaged.  The Bible’s constant vision is not about me getting stuff I want, but a robust sharing and a radical inclusion of every person in God’s blessing.  Politics wields so much power on the quality of life; Christian political engagement dares us to labor for justice.
Posted by James C. Howell at 12:13 PM