To my Disaffiliating Friends: Don't Believe What You've Been Told

I was stunned, then I just shuddered and sighed the other day when I read an email from a member of a disaffiliating Methodist church in another part of the country, hurling ferocious and false accusations at me for staying United Methodist. The surprise is that this is someone I know, who’s been in my church for worship, and even went to Israel with me 13 years ago.

It began “We thought you were a believer who preached the word and accepted Jesus as the divine son of God. But after learning you’re still in the United Methodist Church, we are shocked that you now believe Scripture is not the Word of God.” It went on to express disdain that I don’t accept Christ as my Savior and that I deny there’s a Holy Spirit, and that I don’t have any moral standards – and on and on, at great length.

I share this, and my response to this friend, because it is a witness to why some Methodist churches are being duped into disaffiliating – and it’s just plain wrong to hurl mud at fellow Christians period, much less for what is a fabrication. I replied, “You know me, a real live United Methodist pastor who from your own experience is deeply rooted in the Scriptures. Yet you’ve swallowed the misinformation and caricatures being spread by those who are recruiting churches to disaffiliate. You’ve concluded I’m not a believer, I don’t lift up Scripture as the Word of God, and I deny the divinity of Jesus. False, false, and false. The Holy Spirit does not guide Christians into bogus, malicious ideas about other Christians.” I might have added that I know hundreds of United Methodist pastors, and I can't name one of them who doesn't take Scripture as of God, or denies the divinity of Christ or that there's a Holy Spirit - or that there are no moral standards.

Trying to be gentle but clear, I suggested that the only place such misinformation might have come to them was their own disaffiliating Methodist church. Even knowing me, the emailer didn’t ask what I believe or if I’d changed, but simply parroted what had been spoonfed – so all I can conclude is that this well-known disaffiliating church teaches a smug, judgmental way of behaving, which is not of God or any moral standard that qualifies as Christian. 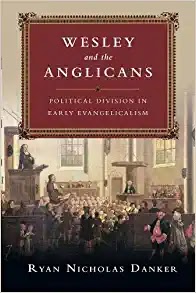 Near the end of my friend Ryan Danker’s very fine book, Wesley and the Anglicans: Political Division in Early Evangelicalism, he tells how in 1764, John Wesley wrote a letter to 40 or 50 clergymen, who were divided on issues, challenging those Methodists who were at odds with one another to “speak respectfully, honourably, kind of each other; defend each other’s character; speak all the good we can of each other.”

So, if any disaffiliators are reading: stop the libel. Stop the falsehoods. Stop the misinformation. Stop the logical fallacy of finding some United Methodist somewhere who said something awry, and then inferring that, Aha, that’s United Methodism!

And if you’re a United Methodist who’s sticking around, don’t get too smug either. Our sisters and brothers who are disaffiliating are more like us than we realize: operating out of hidden fears, we all rush to judgment against those who aren’t us. Wesley could be a harsh dude, but he was right on what God asks of us. We don’t assault one another’s character. We defend, we speak respectfully, always. And we always tell what really is the truth, and if we don't know, we just hush.