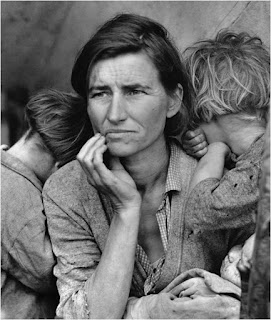 Of course, we’ve been warned about “toxic charity,” how many programs designed to help the poor don’t, or actually serve the well-off – or harm the poor.  But no glitch in a given effort to help the poor to flourish absolves us of the responsibility to be relentless in our passion to care, share, sacrifice, get engaged, and befriend.

Mind you, knowing and abiding by this biblical mandate doesn’t settle which candidate or which party might actually achieve the most for the disenfranchised.  But as Christians, we lean toward those who care.  I love what John Kasich said during his ill-fated campaign for the Republican nomination: “When we arrive in heaven, St. Peter won’t ask if we kept government small or toed the party line; but he will ask What have you done for the poor?"
I do not know precisely what role government should play; who really does?  Many argue that care for the poor should be handled by the private sector.  As one who leads in that private sector, I am sure of this:  once upon a time, in little rural towns, the private sector could and did care for those in need.  But in a post-industrial, massively urban society, for churches to pick up the slack, church members would need to quadruple or hundredtuple their giving for us to do what needs doing.  The best, most zealous efforts of both private and public sectors will be required to change our society and the ways in which poor children don’t get adequate nutrition or a decent education – and more.
In the Bible, this is a matter of Justice.  The Hebrew word we translate “justice,” mishpat, doesn’t mean the good are rewarded and the wicked punished.  No, biblical “justice” is when the poorest, those left out, the strangers and forlorn, are cared for, included, and enabled to flourish.  A just society grieves any single person who’s disenfranchised; an unjust society blames the needy or lives self-indulgently while leaving the needy to fend for themselves.  Do we want to shape an American culture that is more biblically just? Or unjust?