When Jesus, God among us, was born, the angels sang “Peace on earth.”  Jesus grew up, and made peace with people who were at odds with one another.  Jesus said “Love your enemies,” and “Turn the other cheek.”  The prophet proclaimed that when the Messiah comes, “they shall beat their swords into plowshares; they shall learn war no more” (Isaiah 2:4).  On the last night of his life, he said “My peace I leave with you.”  Later that night, when his disciples pulled out weapons to defend him, he said “Put away your swords; he who lives by the sword will die by the sword” (Matthew 26:52).  Indeed, Jesus is the Prince of Peace. 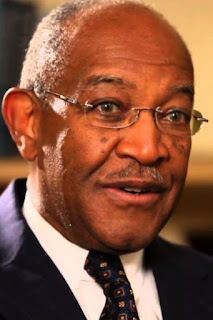 Right after the first Iraq war broke out, I saw a panel discussion on the McNeil-Lehrer Newshour.  When asked about God and the war, a famous pastor, and then a famous rabbi said “God is with us; God will be on our side; we trust God will bring us victory,” etc.  The third panelist, Rev. James Forbes, instead of commenting simply read from his Bible – those words Jesus uttered about loving your enemies, and putting away your sword.  The famous pastor literally shouted at him and said “That’s not relevant now; we’re at war!”  To which Forbes responded, “If it’s not relevant now, it’s never relevant.”

Jesus’ life and death cry for peace is always relevant.  The basic Christian default position will always be against war.  Christian theologians are divided: some say our default position need not require every Christian to be opposed to every war, while others are adamantly and always against waging war.  The follower of Christ is likely to suspect that we get into too many wars for insufficient cause, and for self-indulgent reasons – and we shudder over the way war is glorified excessively.  Sometimes we forget that there are ways to resolve conflicts other than by force.  Some wars have been anointed as “holy war,” but the likelihood is always that it’s an all-too-human war with God pasted on the outside.

Christians need to ponder how we follow Christ, whose dying passion was peace, in a fallen world where wars happen.  Governments fight wars, not the churches – so how do we as citizens lean toward peace, or toward the kinds of policies and initiatives that might make the world more peaceful?

No simple answers present themselves.  But we who follow Jesus never take our eyes off the goal of peace.  We never cheer war, but we grieve with our Lord.  We are the people who resist the glorification of fighting, explosions, and gunning down people in the media.  We are the first to count the cost in human suffering, and unintended consequences.  We are always among those who are intrigued by and by default supportive of creative ways to rethink how we might find peaceful fixes to conflicts.

Being for peace does not mean being against soldiers.  We honor soldiers and pray for them; we can be absolutely sure they of all people want peace.  They are the ones who bear the burden when they return home only to discover grossly inadequate programs to help them with post-traumatic stress complications.

We humbly recognize that while we yearn for peace and refuse to rest until peace dawns, it is not always clear which candidate or which party is more likely to embrace this Christlike ideal, or even how to negotiate international life in an increasingly violent world.  But we are always, always, the peace people.
Posted by James C. Howell at 11:42 AM