What does Jesus want for Christmas? #9 Carols 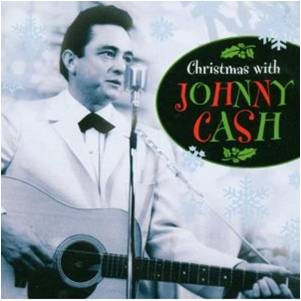 In the few minutes allotted to me during Sunday’s Lessons & Carols, I tried to reflect on the simple fact that we have a special genre of songs known as “carols.” There isn’t a narrow style or instrumentation that makes a carol a carol – and carols are beloved by fans of classical, rock, country, maybe even hip hop. It’s the time of year, and the content.


It’s also the way everybody knows Silent Night, or Joy to the World, or O Little Town of Bethlehem, and you can sing along; in fact, it’s hard not to sing along. Never is music more unifying, never do we feel so deeply that we are part of something larger than ourselves. Carols are evocative of home, warmth in the cold, light on even the longest of nights.

Way too many artists have recorded Christmas albums. Bob Dylan’s must be the worst… I listened to some of Johnny Cash’s gravelly, smoky versions of carols the other day after reading a Time article chronicling his career: “He sang of specific injustices and eternal truths; he was the deadpan poet of cotton fields, truck stops and prisons. He was a balladeer, a spellbinding storyteller – a witness. Here was a man who knew the commandments because he had broken so many of them.”

Roseanne, his daughter, said his music “combined both elements of light and dark at the same time without negating the other.” I like that, and am reminded of something the great theologian Karl Barth wrote about “God’s harmony,” which is not just light, but also darkness, or the hope discovered in the interplay of the two: “Shadow is not darkness, deficiency is not defeat, sadness cannot become despair, trouble cannot degenerate into tragedy. The light shines all the more brightly because it breaks forth from the shadow. Life does not fear death but knows it well.”

That’s the lesson: a bright angel appearing out of nowhere, swaddling clothes in a shadowy manger, the magi chasing a star. “The light shines in the darkness” (John 1:5).  That's why Jesus loves carols.