Does a Candidate's Faith Matter? 'Tis the Season #10

I’ve always been intrigued by the way a candidate’s person faith matters in an election – or doesn’t.  Martin Luther rather famously, and surprisingly, said (back in the 16th century!) “I would rather be ruled by a wise Turk than a foolish Christian.”  Would Christians today prefer a wise Muslim to a foolish Christian? 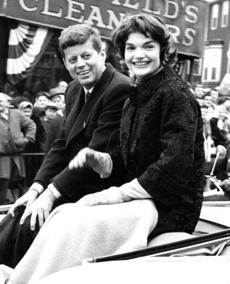 There was a great moment in one of John Kennedy’s congressional campaigns.  Jackie was asked about her husband being a Roman Catholic (which worried people in the late 50’s).  She responded, “It’s so unfair to question Jack for being a Catholic.  He’s such a poor Catholic…”

Jimmy Carter was a great Southern Baptist.  Mitt Romney was a great Mormon.  But my sense is that most candidates, while sporting some faith badge, are a bit thin in their life of faith.  Sure, a candidate can claim to be a member of a given denomination.  But is he or she serious about it?  The difference between a church member, who shows up erratically and isn’t otherwise engaged, and one who is engaged in Bible study and constant service is huge.  Most politicians fall in the former category, don’t they? 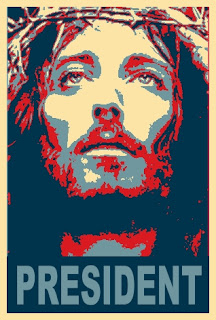 To me, the question about whether we want a devout Christian to be president (or governor, or mayor) is kin to asking Would you want Jesus himself to be president?  The candid answer is certainly, even if a bit embarrassingly… No.  “Turn the other cheek”? “Sell all and give to the poor”?  “Pay the one hour workers the same as the 12 hour guys”?  Jesus wasn’t trying to stabilize a state or insure security.  He wasn’t really focused on any institution.  Governments must cope with the realities of what Jesus would call sin, the need for police, armies, courts and legislation that frankly wouldn’t be needed at all if we all followed Jesus.

So the connection between a candidate’s professed faith, and the implementation of what might be pleasing to God, is elusive – either because the faithful elected person might not be able to get it done, or his or her own faith might itself be compromised by party agendas that pretend to be, but aren’t of God.

Christians are interested in Christian objectives.  But as citizens of a country where freedom of religion is paramount, should we demand someone who is a Christian of our variety? Or do we want a leader who can embrace the religious diversity we clearly have in our country, and navigate the best course for all the people?

We have to get a grip on the daunting truth that once upon a time America was pretty much white, Christian, and Protestant.  Those days are over.  White Christian Protestants are now a large, but ever-shrinking minority.  We’ve had quite a few Presidents who were – barely? Christian.  The day will come when we will have leaders who do not claim this faith, or may claim another faith.  Do we shiver over such a future? Or can we find ways to embrace it, be part of its success, and figure out how to be Christian in such a changed place?  If clinging to Christianity in our leaders matters, what can we do to extend its influence and broaden its appeal where we are?