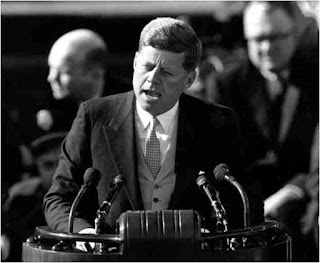 A thrilling moment from my childhood that has stuck with me ever since happened on January 20, 1961.  Newly inaugurated President John Kennedy’s words rang out: “Ask not what your country can do for you.  Ask what you can do for your country.”  Fast forward to 2016: it would be hard to recall any politician saying anything remotely kin to this in recent memory.  All political appeals are to self-interest.  If a candidate dared inform voters he would be asking them to sacrifice anything at all, he would be roundly defeated.


Our Founding Fathers dreamed of a very different America, one in which the people were of such character that they would endeavor to be part of doing whatever was required for the public good.  This vision resonates naturally with Christianity, which never begins with me, me, me, but is always about God, about my place in the larger church, about what we can do for others.  Sacrifice is our wheelhouse – and for our country to change and become better, this ability to sacrifice for the common good will be required.  If the premise of American political life is nothing more than What’s in it for me? then we will be forever mired in anger and resentment, and our emaciated national soul will barely linger on, lacking the strength our Founding Fathers anticipated we would need.

We may pity politicians, observing how desperate they are to pander to whatever they think will make me believe I’ll get what I want.  As Christians, do we really want our leaders to do what indulges me but leaves others disappointed?

Self-interest also has this underbelly:  increasingly we see candidates who urge us to feel sorry for ourselves, to feel things are unfair, to believe we are victims.  This is nothing more than self-interest, but darkly passive.  No wonder voters are drawn to negative blamers.

Mind you, there can always be unfairness.  But the prevalent mood that’s been created in America is self-pity, blame, a sense of entitlement that’s being infringed upon, and we all feel like victims of something or another.  “Ask not what your country can do for you; ask what you can do for your country” is empowering.  Instead of self-pity we seek positive engagement.  Instead of blame, we take responsibility.

Christianity is the antithesis of blame and self-pity.  We engage, we are inspired and energized to the great cause of improving God’s world.  We know how to sacrifice for the common good.  Jesus taught us to love our neighbor as ourselves.  He didn’t blame the Romans for his troubles. 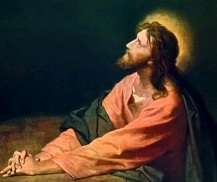 Jesus didn’t pray, God, what will you do for me? but instead prayed Not my will but your will be done.  He gave his life for others, for us – and invited each one of us into a life of being part of his Body, not a private beneficiary of blessing, but one member among many seeking the dawning of God’s good kingdom.  Could this be Christianity’s great gift to American society – a shunning of self-interest, and a recovery of joyful sacrifice for the greater good?

** FYI, earlier installments of this series are archived here. To subscribe, email me.
Posted by James C. Howell at 6:06 PM