Where are we in our series?  We’ve been looking at the gifts the Church and Christians bring to the repairing of politics in America, like humility and sacrifice.  After pondering a third such gift today, we will take a brief look at whether character and faith matter in a candidate.  Then we’ll shift into the relationship of faith and politics, and then church and state quandaries. 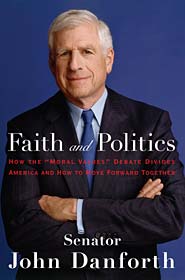 Now to the third gift we have to offer.  I’m a big fan of John Danforth, former Republican senator from Missouri and ambassador to the United Nations, and an ordained Episcopal priest. In Faith & Politics, the first of his two excellent books on the topic, he wrote “If Christianity is supposed to be a ministry of reconciliation, but has become, instead, a divisive force in American political life, something is terribly wrong and we should correct it.”

Since we Americans are divided over everything, not merely religion, I like what Danforth suggests should be our strong suit as Christians: reconciliation. The heart of Christianity is the making of peace with enemies. Christ died, not so we could get personal favors or judge others, but so we would “view no one from a human point of view… for we are ambassadors of Christ,” and therefore “reconcilers” (2 Corinthians 5:16).  Reconciliation goes way beyond tolerance, or even forgiveness.  Reconciliation is going out of your way to fix broken relationships. Listen to Paul: “Outdo one another in showing honor; bless those who persecute you; live in harmony with one another; do not by haughty; if possible, so far as it depends on you, leave peaceably with all” (Romans 12:10-18). 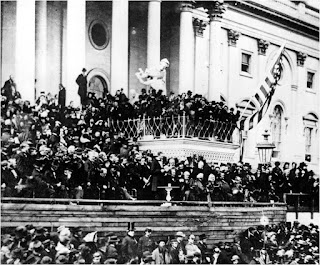 Abraham Lincoln’s 2nd Inaugural, just 6 weeks before he was assassinated, ranks as one of the finest speeches in history.  He spoke of the South – not triumphantly, not exacting punishment or placing blame, but with hopeful words of reconciliation: “With malice toward none, with charity for all… let us strive on to finish the work we are in, to bind up the nation's wounds, to care for him who shall have borne the battle and for his widow and his orphan, to do all which may achieve and cherish a just and lasting peace among ourselves and with all nations.”  Could this national treasure, which dovetails flawlessly with the Christian vision of reconciliation, be resurrected in America today?

Reconciliation requires compromise.  Senator and Speaker of the House Henry Clay was praised as “the Great Compromiser” – but in the 170 years since then, we’ve lost that art, and have replaced compromise with shrill demands for me and mine, foolishly thinking compromise is a vice.  It is a virtue down here in our broken world. 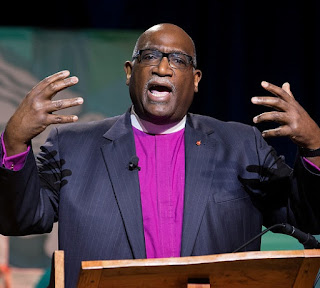 Mind you, churches suffer their own divisions.  At my denomination’s General Conference, my friend Bishop Greg Palmer said, “Instead of turning on one another, let us turn toward one another.”  Our only hope as a church is the same only hope we have as a nation: to begin to strive to live peaceably, to reconcile, to outdo one another in showing honor.  This could be the church’s great gift to politics in America.  We find others out there, listen, share, and we just won’t quit until we’ve made progress toward peace and understanding.
Posted by James C. Howell at 3:34 PM